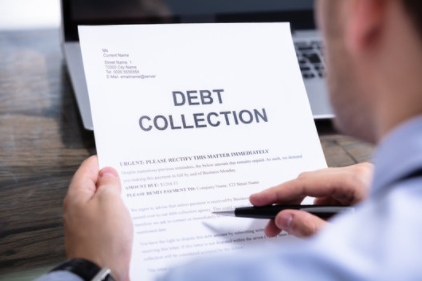 For more than a decade, the American Bar Association and legal advocacy organizations such as the Legal Services Corporation and the National Legal Aid and Defenders Association have all sounded alarms about the worrisome trends being seen in the civil legal system.

Until recently, these discussions were held between court officials, legal aid advocates, and other insiders concerned about the future of the legal profession. In most states, policymakers have not been part of the conversations about how and why civil court systems are changing, even as it may lead to financial harm among American consumers (especially those stuck in long-term cycles of debt), let alone the strategies to address such issues. Which is why Thomas J. Maccari of Boca Raton wants to bring it out into the light.

According to a report from the Federal Reserve Bank of New York, American household debt nearly tripled from $4.6 trillion in 1999 to $12.29 trillion in 2016, essentially overlapping with the period of rapid growth in debt collection litigation. While according to the Urban Institute 2018 report, an estimated 71 million people – over 31% of U.S. adults with a credit history – had debt in collections reported in their credit files, while 1 in 8 households across all income levels had an issue or dispute related to debt, credit, or loans. And none of this data takes into account the recent pandemic and the impact it has had (and continues to have) on household debt.

Most household debt in collections stems from a financial shock, like a job loss, illness, or divorce (again, a lot of which was rampant during the majority of 2020), and reflects the broader financial fragility of many American households. 2 in 5 adults nationwide said that they would not have enough cash to cover an emergency expense of $400 without selling personal property or borrowing money, and 1 out of every 3 families report having no savings. Medical debt can be particularly devastating and accounts for more than half of all collection activity.

Naturally, low and moderate-income families are more disproportionately impacted by debt collection. A 2017 Consumer Financial Protection Bureau survey found that people in the lowest income bracket were 3x as likely as those in the highest income group to have been contracted about a debt collection. They also found people with lower incomes also were more likely to have been sued for a debt.

Who is Collecting This Debt?

Creditors who pursue consumer debts into collection include banks and credit unions, hospitals and other medical providers, utility and telecommunications companies, auto and student lenders, and (increasingly) debt buyers. Debt buyers are firms that purchase defaulted debts from the original creditors at a fraction of the face value, sometimes less than one cent on the dollar, and then attempt to collect on the full amount owed.

Debt buyers are key figures in the many debt collection lawsuits and may have played a significant role in the rise of civil debt cases. During the same 20-year time frame that debt claims increased, 1993 – 2013, the total dollar value of debts purchased by debt buyers grew from $8 billion to $98 billion.

Debt buyers employ various collection methods, but they are increasingly relying on litigation. Two of the largest publicly traded debt buyers, Encore Capitol and Portfolio Recovery Associates, saw their legal collections grow 184% and 220%, respectively, from 2008 to 2018.

While debt buyers are among the most active civil court users, a debt collection attorney with experience collecting commercial debt in Florida can steer clear of such extreme measures, which is better for your business and better for the collection industry as a whole.

Business is an extension of people. Knowing why people slide into financial hardship makes it easier to know why a business stops paying its debts. When you partner with the Law Office of Thomas J. Maccari, you are working with a full-service law firm that is ready to assist you with all of your commercial collection, lien enforcement and civil litigation needs. Contact us here or call us today at 561.982.9772, and rest assured you are putting a collection professional to work for you!

What is Contributing to the Rise in  Debt Claims?
admin December 21, 2020 Debt Collection